Sheriff of the Year

The National Sheriffs' Association established the Ferris E. Lucas award in 1995 to recognize an outstanding sheriff of the year for contributions made to improve the Office of Sheriff on the local, state, and national levels 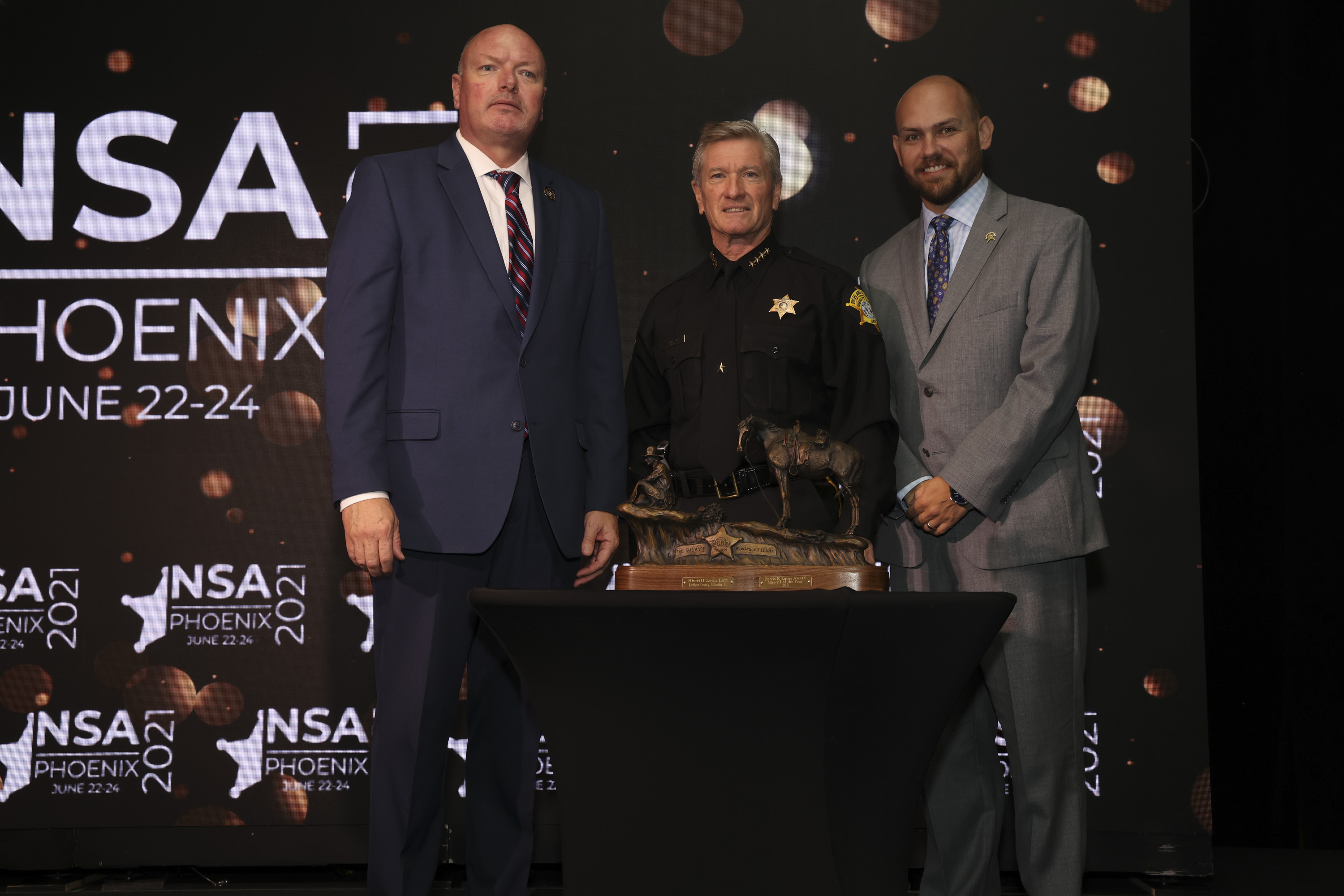 Richland County Sheriff Leon Lott is a 43-year career law enforcement officer who leads one of the largest sheriff's offices in the southeastern United States. Often referred to as "America' s Law Enforcement Agency," Sheriff Lott has caused the nearly 1,000-employee Richland County Sheriff's Department (RCSD) to be recognized as “one of the most creatively innovative, bridge-building law enforcement leaders in the nation.” In so doing, Sheriff Lott has consistently enhanced the reputation of the sheriff’s office locally, statewide, and on a national level, as well as internationally.  RCSD is one of the regularly featured law enforcement agencies on the A&E television series, LIVE PD, and is the only one that has been with the program since it first aired in Oct. 2016. In 2010, Lott traveled to Erbil, Iraq at the invitation of the Iraqi government to help that war-torn country establish its first-ever female police academy. RCSD continues its strong relationship and an officer exchange program with Iraq, as it does with other foreign law enforcement agencies and U.S. military forces domestically. Under Sheriff Lott's leadership, RCSD was the first law enforcement agency in the nation to establish a pre­PTSD conditioning program for deputies and other officers. This training is mandatory for all RCSD deputies.

Sheriff Lott has been a member of the National Sheriffs’ Association for 23 years and currently serves on the Board of Directors. Sheriff Lott’s RCSD regularly produces magazine articles that serve the needs of law enforcement agencies nationwide for Sheriff & Deputy, the official publication of NSA.

The National Sheriffs' Association established the Ferris E. Lucas award in 1995 to recognize an outstanding sheriff of the year for contributions made to improve the Office of Sheriff on the local, state, and national levels, and for involvement in the community above and beyond the responsibilities required. The award is given in memory of Ferris E. Lucas, NSA Past President (1944-46) and executive director (1964-82), who completed 50 years of distinguished service and leadership in law enforcement.
This award is sponsored by TurnKey Corrections