The award is designed to recognize law enforcement officers and others who have made significant contributions to, or outstanding achievements in, highway safety over the course of their career.

“I’d like to thank my family, staff, and the deputies at the Christian County Sheriff’s Office who have supported me and my efforts in traffic safety during my career.  Without their hard work and dedication, my goals wouldn’t have come to fruition.  I feel it is important to realize the magnitude of the lives lost each year in traffic crashes.  Over 35,000 lives are lost every year and this loss of life is often overlooked by the media and general public.  I am grateful to have received the NSA J. Stannard Baker Award for 2018 because I know and believe that traffic enforcement saves lives and reduces crime.  It also increases the safety of the citizens we serve and that is our sworn duty at the Christian County Sheriff’s Office.  I challenge my fellow law enforcement officers to take traffic safety and traffic enforcement as seriously as any other duties they perform.  I come from a family of career law enforcement officers who were passionate about traffic safety and I hope the work that I have done and continue to do, influences my deputies and others in law enforcement.”
Sheriff Brad Cole, Christian County, Missouri 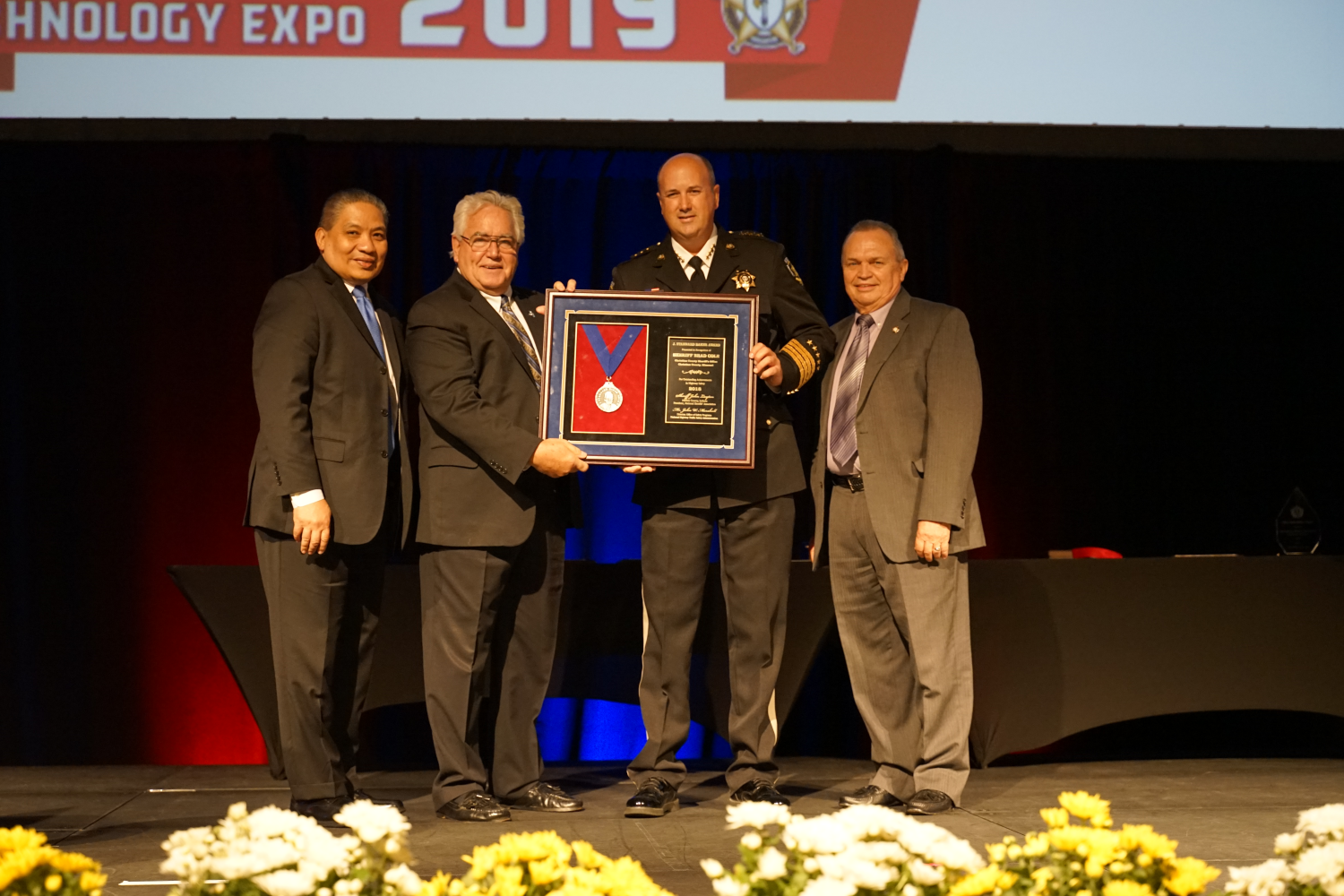 The deadline for submitting your application for the 2021 J. Stannard Baker Award for Highway Safety is February 8, 2022.

To submit your application, click here.  If you have submitted in the past, please consider submitting again!

Sponsored by NHTSA and Northwestern University Center for Public Safety.

The National Sheriffs' Association is dedicated to promoting exemplary performance and creative approaches to enforcing traffic safety within the office of sheriff and those who support their efforts. Through partnerships with the National Highway Traffic Safety Administration, and Northwestern University Center for Public Safety, and OnStar, NSA works to recognize excellence in local community programs and national attention through the J. Stannard Baker Award.

Development of Unique Law Enforcement/Community Traffic Safety Programs: This is to recognize an employee (officer, deputy sheriff) from an Office of the Sheriff who has shown unusual initiative and imagination in developing and promulgating traffic safety programs over the span of a career. A heroic or meritorious service act involving a traffic safety function is acceptable in this category.

Special Award to Governmental or Private Individuals: The award panel may grant a special award to a person who has made an outstanding contribution to highway safety over the course of a career.

The award is managed by the National Sheriffs' Association. The selection panel is made up of NSA's Traffic Safety Committee which may or may not grant awards, at its discretion, or present special awards, as merited.

The award recipient will be notified by June 1 each year, and will be invited to attend the NSA Annual Conference where the award is conferred. Travel and lodging expenses are provided for the recipient.

Candidates for the award must be a full-time paid officer or deputy sheriff from a city/county office of sheriff with a career dedicated to traffic safety.

The employee or civilian being nominated must have contributed to the highway safety program in their governmental agency over the course of a career. Long years of service alone are a consideration but not a determining factor. Equally, short service may be considered. However, the quality of the service or program is the essential factor.

An individual from either the public or the private sector who has made a significant contribution to highway safety would also be eligible for the special award. This award is designed to recognize the individual efforts of government employees, such as traffic engineers, educators, judges, prosecutors, motor vehicle examiners, etc., who have made outstanding contributions to highway safety programs and issues that benefit law enforcement and the office of sheriff.

Nominations must be submitted by February 8, 2022 to:

Who Was J. Stannard Baker?

This lifetime achievement award is named to honor J. Stannard Baker, a former physics professor at Northwestern University who made significant contributions to highway safety. A pioneer in crash reconstruction investigation, he developed this subject into a science by applying the laws of physics and developing mathematical equations to assist law enforcement officers in their investigations. The first books on crash reconstruction investigation were written by J. Stannard Baker and are still in use today.

<< Back to Traffic Safety