NSA established the Law Enforcement Explorer Post Advisor Award in 1988 to recognize a post advisor for outstanding contributions to a law enforcement explorer post sponsored by a sheriff's office. 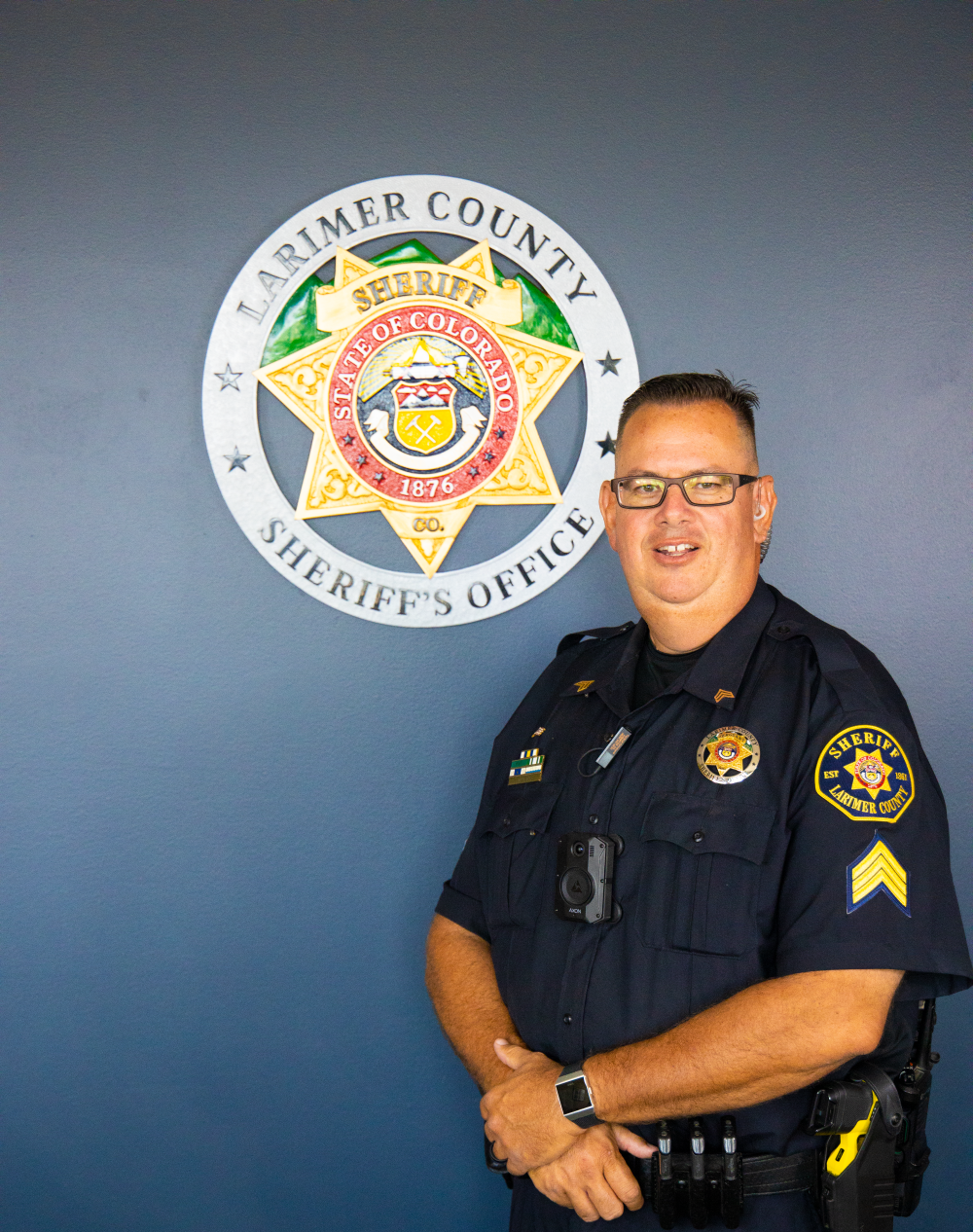 It is my distinguished honor to nominate Larimer County Sheriff's Office Sergeant Marc Weber to be considered for NSA Explorer Post Advisor of the Year. I've had the pleasure of knowing Marc since he began his career with our office in 1998, initially serving as his first patrol sergeant when he began with the office.

We have all met some very capable, dedicated and amazing people during our careers. When it comes to a dedication to youth and their futures, Marc Weber is one in a million. In my 30 years in law enforcement, I've witnessed many Explorer programs go through their ups and downs with changing Post Advisor Leadership.

However, thanks to Sergeant Marc Weber, our Explorer Post has enjoyed a strong and consistent run for more than 20 years. His dedication and commitment to Exploring is nothing short of amazing to me.

Marc assumed the role of lead advisor with Post 909 in April of 1998. During that time, he has witnessed approximately 65 former explorers go onto full time careers in law enforcement. Many of them are currently employed by the Larimer County Sheriffs Office, others are affiliated with agencies in Colorado and even a handful that are out of state. During Sergeant Weber's tenure he has had approximately 150 youth become members of Post 909. Marc was elected to the Board of Directors for LEEPAAC (law Enforcement Explorer Post Advisors Association of Colorado) in 2002, he held the position of Secretary until 2016 when he was nominated by his peers to the role of Chairman. Marc has been recognized for his contributions to the exploring community and he has been the recipient of the following awards:

Marc was an active voice in 2016 with the revamping of the LEEPAAC Advisor Conference which is now held bi-annually and consistently sees participants from local and federal law enforcement agencies across the United States. Marc was asked by Learning for Life to be on a national committee that is reworking the ride along policy for all law enforcement explorers across the country.

As you can see from the attached nomination document, Marc has not only exposed Explorers to the profession of law enforcement, but just as importantly, he has stressed the importance of service to your fellow man in these young men and women.

For those who decided to pursue a career field outside of law enforcement, they were still richer for their experience with the Explorer Post because of Marc's efforts and dedication.

NSA established the Law Enforcement Explorer Post Advisor Award in 1988 to recognize a post advisor for outstanding contributions to a law enforcement explorer post sponsored by a sheriff's office. Candidates are judged on their recruiting efforts, size of post and tenure of explorers, written program plans, explorer training, and post activities. This award is sponsored by GTL.